Find out which project will be launched at VISWAS Project in Amreli district.

Find out which project will be launched at VISWAS Project in Amreli district. 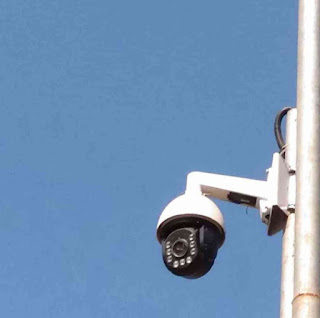 This project has been started by the Honorable Minister of Government of India Shri Amitbhai Shah of VISWAS Project dated 11/01/2020 under the Home Department of the Government of the State of Gujarat.The following system will be rolled out within this project. (2) ITMS (integreted traffic managment system)(2) IVMS (integreted video managment system)(2) ICMS (integreted E-Challan managment software)project started on 9/9/8 at Amreli city. came.Under this system, if any person violates the traffic rules of the vehicle through the cameras installed in the city of Amreli, he will be sent to E-Memo (E-Challan) for breaking the rules.So far, the Government of Gujarat’s port and transport department in Amreli district are undergoing investigation. E-memo (E-Challan) of the fine amount as per Gandhinagar Notification No. P / 2019/12 / MVD / 102014/165 / KH dated 12-09-2019 at Amreli city on 01.15-20-2020 E-Memo (E-Challan) Issued for Breach of Traffic Rules.The first E-Memo (E-Challan) has been issued to the driver of the first Amreli AKTIVA Two-Wheeler RTO application number GJ14AF1475 on the first day of mobile phone talk on mobile phones while driving on the first day at Amreli city.

Patriciahttp://quitewish.com
Patricia a expert content creator and SEO expert having Proven record of excellent writing demonstrated in a professional portfolio Impeccable grasp of the English language, including press releases and current trends in slang and details.
Previous articleFind out why the Collector of the Amreli district coordinated and the Grievance Committee meeting was held.
Next articleFind out who arrested the accused while fleeing in Amreli city rape and Paxo crime.